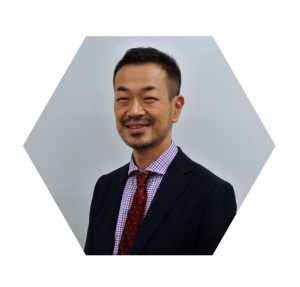 """Yasuomi Sawa is a Japanese investigative journalist and journalism professor at Senshu University. He joined the university after spending 30 years at Kyodo News - Japan's largest news wire service. His focus as a journalism teacher is to share the idea of strong and independent journalism with young citizens and to arm aspiring journalists with investigative skills. He also researches Japan’s journalism and open transparency, especially the country’s prohibitively restricted access to court information. His education and study is based upon his work at Kyodo: the sex exploitation of teenage girls in Tokyo, the government's failure to track the school enrolment of more than 10,000 immigrant children, and the courts’ disposition of the documents of most of landmark constitutional cases of post-war Japan. He participated in Panama Papers and Paradise Papers projects, both revealed secretive business covered by tax havens’ lack of transparency, with The International Consortium of Investigative Journalists (ICIJ). He is also a founding member of Journalism Practitioners’ Forum (J-Forum) in Japan, which provide training opportunities with journalists. He wrote a book ‘Global Journalism: The Backstories of Cross-Border Investigative Reporting’, 'Humanising the News: British Way of Crime Coverage' and co-authored another book 'Lay Judge System in the World: An Illustrated Guide for Courtrooms in 14 Countries', all published in Japanese. He was former fellow of Reuters Institute for the Study of Journalism at Oxford University between 2006 and 07. He graduated from the University of Tokyo in 1990. He was born in Okayama, Japan in 1966.