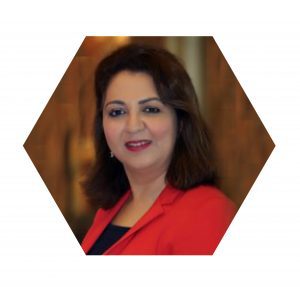 ARIJ Director General from early 2020. Filmmaker and Media consultant. Rawan Damen has over 20 years of experience in media coaching and management; in addition to TV and digital production career. She produced and directed more than 30 hours of TV documentaries and investigations, translated to multiple languages, including the internationally renowned award-winning documentary series Al-Nakba, Owners of the Land, The Price of Oslo and others. Rawan worked as a senior commissioning producer at Al Jazeera Media Network for 10 years (2006 – 2016), commissioning 250 hours of documentaries and investigations. She holds an MA (with Distinction) in Communications Studies from Leeds University, UK, 2003. She received the Media Creativity Award by the Arab Thought Foundation in Beirut, 2015.