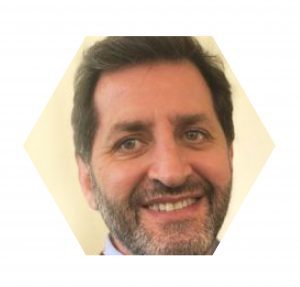 Munir Al-Khatib is a highly experienced journalist and media consultant with over 24 years of experience as an editorial leader, mentor and coach in the digital publishing and news industries. He has spearheaded the digital transition of several Arab newspapers; closely coordinating with strategic teams on how to effectively use social media to build engagement and web traffic and contributing to the launch of a number of news websites, including daralhayat.com. He has also conducted several training workshops and lectures on topics related to journalism including conflict, human rights and sensitive reporting. Al-Khatib began his career in journalism while studying political science in 1992, when he became As-Safir’s Foreign Desk Editor, before joining Future TV. Since, he has worked for the Pan-Arab newspaper Al-Hayat, and has helped launch several Arab dailies including Al Kifah Al Arabi, Sada Elbalad and Al-Ittihad, where he was managing editor. Al-Khatib was also a daily columnist for Sada Elbalad and Al Kifah Al Arabi, and wrote weekly for Al-Hayat and As-Safir, where he was Managing Editor before joining ARIJ. Alongside his career in journalism, Al-Khatib has worked as a media consultant on various projects. In 2012, he worked as a media coordinator on the UNDP’s peace building project ‘Strengthening Civil Peace in Lebanon’, where he helped prepare workshops for journalists, and trained them in peacebuilding and investigative journalism. Throughout his extensive career, Al-Khatib has covered and written reports from countries all over the world; from Lebanon to Pakistan, the United States, France, the UAE, Saudi Arabia, Yemen, Algeria and even Cuba’s Guantanamo bay. In holding several editorial positions with outlets across the Middle East, Al-Khatib has acquired extensive knowledge of the region’s human rights landscape, while maintaining close coordination with civil society as a main source of information.