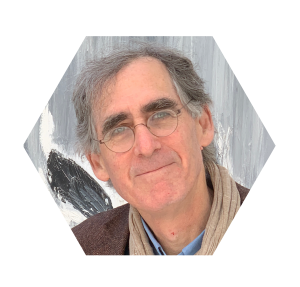 "Mark Lee Hunter is lead author of Story-Based Inquiry: A Manual for Investigative Journalists (UNESCO 2009-11) and Power is Everywhere: How stakeholder-driven media build the future of watchdog news (Stakeholder Media Project, 2017). His latest book is Community-Powered Journalism: A Manual for sustainability and growth in independent news (Anne-Marie and Gustav Ander Centre for Media Studies, 2020). He is a founding member of Arab Reporters for Investigative Journalism and the Global Investigative Journalism Network. His books include a case-cracking investigation of a murder that implicated the top ranks of the Paris art world and government, and an inside inquiry into France’s extreme right party, the National Front. His pamphlets The Hidden Scenario and The Story Tells the Facts focus on conceiving, structuring and composing fact-based narratives. He edited The Global Investigative Journalism Casebook (UNESCO 2012). He is also the author of over 100 investigative articles, several of which are collected in Both Sides of the Postcard (Story-Based Inquiry Associates, 2020). He has won two Investigative Reporters and Editors Awards, along with the Sigma Delta Chi Award for research on journalism, the H.L. Mencken Free Press Award for investigation of government abuses, and first-place National Headliners and Clarion Awards for feature writing. His documentary on France’s alcohol lobby, Liquorgate (Arte), was selected for the FIPA international festival. He earned his BA at Harvard and his doctorate at the Université de Paris II, where his thesis on investigative journalism methods was published by Presses Universitaires de France. Website: https://www.storybasedinquiry.com "