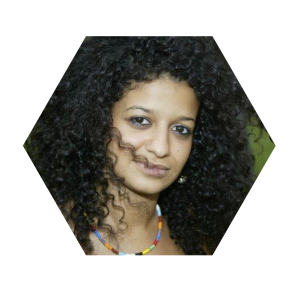 "Mahacine Mokdad, a moroccan native, is an independent reporter and producer. In 2007, Mokdad graduated in law and economics and in parallel with her master in business law, she started working as a journalist. She was covering cultural and social topics for the main local newspapers. Her interest in journalism has taken her from print to broadcasting. As a producer of long format stories at 2M TV (2011-2015), she was able to showcase her creativity and lateral thinking by pitching every month hard hitting stories and travelling to very remote areas and report from there. Since 2015, MOKDAD is working with several TV broadcasters from around the world as a documentary co-producer and reporter. She has collaborated with CNN, CGTN, Al Jazeera, PBS and TV Globo, among other. She has started her production company called Filmoon Production in the end of 2019 that she wants to dedicate to working on stories that reflect the realities of under-represented communities. She is currently finalizing a cultural piece on moroccan cheikhates (blues singers) for CNN - Inside africa. "