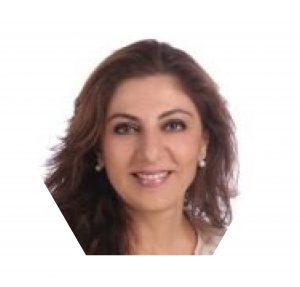 Lina Jazrawi is a researcher and trainer specialized in women's issues and rights. She obtained her Master's degree in Women's Studies from the University of Jordan, and continued to work as an activist advocating for women's rights. She finished her PhD in Philosophy from the University of Jordan in 2016, with a specialty in Feminist Philosophy. She worked at Jordanian radio stations, preparing and presenting programs that provide awareness about women's legal, social and cultural rights. She was also a part-time lecturer at the University of Petra, and an independent researcher at a number of institutions and research centers. Lina trained in the framework of projects aiming at achieving economic and political empowerment for Jordanian women. She strongly believes in the role of women in the revival of societies, and in the principle of partnership between the sexes, which is constantly reflected through her monthly articles published on a number of websites. Her latest publication was her book "The Image of Feminist Philosophy in Contemporary Arab Thought".