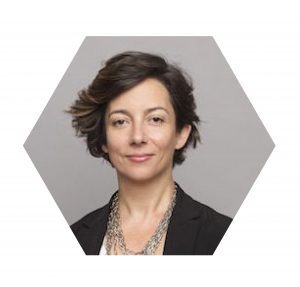 Board Member of ARIJ

"Kim Ghattas is a journalist, author and analyst with more than 20 years of experience in print and broadcast media, covering the Middle East, international affairs and US foreign policy. She has reported for the BBC, the Financial Times and de Volkskrant. She was part of an Emmy-award winning BBC team covering the 2006 war in Lebanon. She is currently a non resident senior fellow at the Carnegie Endowment for International Peace. She is the author of Black Wave: Saudi Arabia, Iran and the Forty Year Rivalry that Unraveled Culture, Religion and Collective Memory in the Middle East (January 2020, Henry Holt) and of the NYT best seller The Secretary: A Journey with Hillary Clinton from Beirut to the Heart of American Power (February 2013, Henry Holt). She is a regular contributor to The Atlantic and commentator on MSNBC, NPR, CNN and others. A dual Lebanese-Dutch citizen, she was born and raised in Beirut. She serves on the board of Trustees of the American University of Beirut."