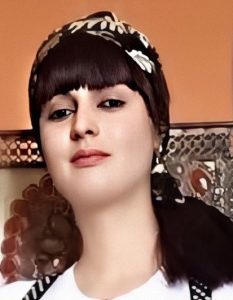 Farah Adnan, Baghdad journalist and filmmaker. She holds a bachelor's degree from the College of Mass Communication - Department of Journalism - University of Baghdad. She worked and dealt with several Iraqi, Arab and foreign press outlets as a reporter and editor in both Arabic and English. Currently, she is an independent journalist. She recently published a video report in both Arabic and English about the impact of Covid-19 on the increasing cases of domestic violence against women in Iraq, including cases of sexual violence from the father or the brother. She also published another video report that she filmed via her phone about drought, salinity and water pollution in Iraq. She has written articles and columns, and provided visual and written investigations and reports in both languages in the political, economic, social, sports, cultural and environmental fields. She participated in workshops and obtained certificates in the fields of journalism, data and filmmaking, and directed a short fictional film entitled "Farah", which was shown at the French Institute in Baghdad, in 2019, on which she received a certificate of honor. The international website ViewPack selected three of her photos this year: the first and last images as the summer and fall 2020 images, and the second as the 2020 legend.