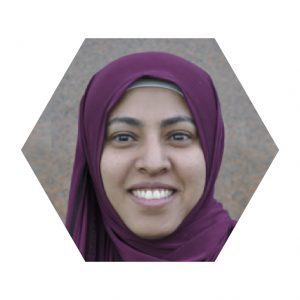 Former Information Minister and Editor-in-Chief of the Yemen Times

"Dr. Nadia Al-Sakkaf is an academic researcher specialized in the political, developmental and humanitarian fields, and holds a PhD in political science from the University of Reading. She has widely published and circulated academic papers, studies and working papers and has contributed to international publications in the fields of politics, media and development, including The Book of Yemen and the Search for Stability 2018, Washington Institute for Near East Policy, The Carnegie Institute, The International Academic Journal of Women’s Affairs 2020, Opinions Magazine about the Gulf Center for Studies, University of East Anglia, British Saint Anna University, Italy. She has many policy and research papers, book chapters, and has authored two books on empowering Yemeni women. Al-Sakkaf has also published a collection of books on Yemeni women's experiences as electoral candidates, available in both Arabic and English. Some of her work can be found on her LinkedIn profile. Her interview on TED Global, ""Watch Yemen Through My Eyes,"" is one of the most popular videos about Yemen and has been translated into 34 languages ​​and has more than half a million views. She was the first female Yemeni Minister of Information and was the only editor-in-chief of an independent national media organization; The Yemen Times. She co-founded Bridges Media in 2014 and works as its head of editorial strategies. She is a strong advocate for media freedom and gender equality and works to promote this through her foundation and through her position as an international researcher with interests in the fields of media, democratization, gender and development. Because of her work in the media and human rights, she has won many international awards such as the Gebran Tueni Prize for Journalism, the International Publishing Institute Award for Free Media and the Trade Foundation for Peace award. She was also chosen by the BBC as one of the 100 Women Who Changed the World, and by the World Economic Forum as one of the Outstanding Young Global Leaders for 2015."