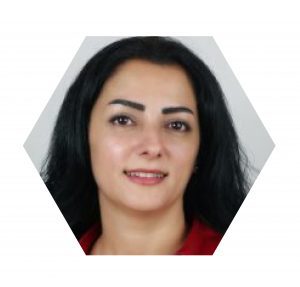 Bissane El-Cheikh, is a Lebanese Journalist and writer based in Istanbul, and an Executive Editor at ARIJ. Between 2001 and 2018, El-Cheikh worked with the London-based "Al-Hayat" newspaper, as a field reporter specializing in in-depth coverage and investigative journalism, before working as a political columnist. She covered wars and conflicts in Iraq, Lebanon, and Syria and carried out special coverage and interviews in the Arab region. She was also the editor-in-chief of the weekly "Youth" supplement, which highlighted youth and education issues in the Arab world. She is co-author of "Shu'ub al Sha'ab al Lubnani" (The Many Peoples of the Lebanese People) and Al Saqi, (2014) with Hazem Saghieh. Since 2007, El-Cheikh has been a media trainer and consultant with local and international organizations, and is a member of the International Consortium for Investigative Journalists (ICIJ).