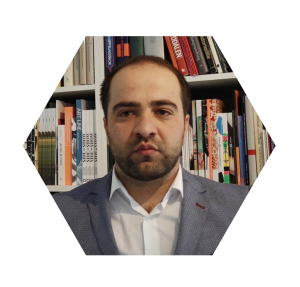 "Ali Al Ibrahim is an investigative journalist, documentary filmmaker, Co-founder of SIRAJ and Fellow at TED. Over the last 10 years, he has worked as an investigative reporter and correspondent for Arab and international television channels covering Syrian conflict, and as a freelance consultant on Syrian journalism. Most of his investigations are published on international and regional media platforms. Lately, he has started training Syrian journalists on TV investigative journalism and fact-checking. He is also the recipient of multiple awards. In 2018, he was awarded ""Best Young Journalist"" at ""BBC Arabic Film Festival"", and in the same year, was voted Best Investigative Journalists in Arabic (2018)"" for his investigation with Vice News on the systematic killing of detainees in Syrian prisons. https://gijn.org/2019/01/23/editors-pick-best-investigative-journalism-in-arabic-2018/ More recently, in 2019, he was awarded "" Best Investigative Article"" from the Samir Kassir Award for Freedom of the Press. http://samirkassiraward.org/documents/winners/Ali-Al-Ibrahim-INV-Article.pdf"