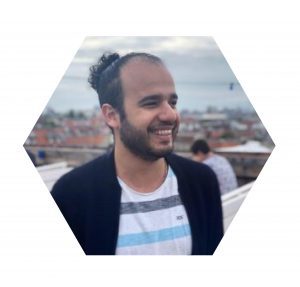 Producer of Sulta5 at DW

Ahmed Soliman graduated from the Faculty of Communication and Media Sciences at Ain Shams University, Egypt, and worked for many Egyptian satellite channels such as ON TV, CBC, Dream, Al Tahrir, then worked as a producer at "Akher Kalam” program by Yousri Fouda. He entered the investigative world at an early stage. Soliman contributed to the founding of the video department at ARIJ and supervised several broadcast investigations that left a great impact in the Arab World. He then moved to DW Arabic as a Producer to the "Fifth Estate" programme and later contributed to founding the "Fifth Estate" digital platform to produce in-depth digital pieces. Soliman is also a trainer on the fundamentals of investigative journalism, visual journalism and script-writing in diverse forms whether for investigative stories, reports or digital content.